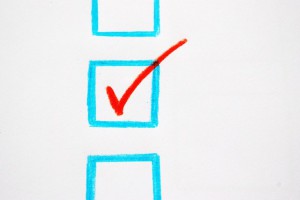 With the Iowa Caucus behind us and the focus now turning to the New Hampshire and South Carolina primaries, the many counter-intuitive ways the United States selects its most important elected official are dragged once again into the spotlight.

So in the spirit of innovation, disruption and continuous improvement, here are seven ways to enhance the democratic process:

1. Democratize primary elections
There are some real advantages to not having a single, nationwide primary. In most years it would be unlikely to result in a nominee with anything close to a party majority, as there are usually three or more semi-legitimate candidates running for each party’s nod at the beginning of the race. Plus, the voters get a chance to actually get more detailed and nuanced insight into those left standing once the field is narrowed.

But, Iowa, New Hampshire and South Carolina are not special, magical places where the voters are more informed than the rest of the country. They’re just first. Because they jumped in the front of the line and keep saying “no frontsies”. Would this fly in any other democracy? Would the Germans let Lower Saxony and Bavaria vote first every election because “it’s tradition”? I doubt it. So, I propose the following:

There are five Super Tuesdays, 10 states each, held every other week during “primary season.” Each Super Tuesday contains at least one state from each geographic region (New England, Mid-Atlantic, Southeast, Midwest, Southwest and West Coast [including Hawaii and Alaska]). And it rotates every election. So, once every five cycles, your random state gets 1/10th of the attention. Candidates must choose their battles and we can forget about the importance of shaking hands and kissing babies, instead focusing on issues and other boring stuff like that. The field is still narrowed, money is still poured into the local media outlets and local topics get discussed, but ethanol is no longer a critical part of a candidate’s platform.

2. Weighting votes based on age
Most people vote out of self-interest. They decide what issues are important to them, maybe their families, or, if they’re really altruistic, their friends and larger community. Some might vote for “the greater good”, but that usually takes a backseat to their pet issue or personal tax bill. Older people will generally not live as long as younger people. So, the issues and outcomes they care about are far more short-sighted. The younger you are, the longer you will have to deal with the repercussions of the decisions our elected leaders make. So, why shouldn’t the vote of a younger person count for more?

Well, there are actually LOTS of reasons, which is why things shouldn’t go too overboard. So start small… maybe the vote of everyone 18-39 counts 110%, 40-59 counts 100% and 60+ counts 90%. Or use some far fancier and more complicated actuarial table. Who knows, it might even inspire younger voters to start filling out ballots more since their vote will matter just a little bit more.

3. Multi-modal voting
We live in a world where we can have a paperclip delivered for free in 48 hours using Amazon Prime, order a pizza with an emoji from Domino’s and stream every episode of a TV show on any one of dozens of screens in our house. Yet, we still have to traipse to some elementary school gym to be checked in by a senior citizen and manually check off who we’re voting for.

There’s no excuse at this point for not letting people vote by phone, text, web, mail or any other reasonable means. We all have a unique ID (i.e. our social security number) and it would undoubtedly boost participation. While there’s certainly opportunity for fraud, we bank online, trade stocks online and shop online… I’m pretty sure we can figure this out.

4. Consulting constituents on every vote
Do you know how many times my congressperson or one of my senators has asked my opinion on how they should vote on a particular issue? That’d be never. Our social media feeds are full of people voicing their opinions, yet our elected officials aren’t asking us what we think. Instead, it’s only when we, the voters with jobs and stuff to do, proactively contact our representatives that they even get a sense of how we might be feeling, and we’re not going to do that very often.

I am not recommending we move to a direct democracy or have a referendum on every issue, but what would be wrong with having the opportunity to indicate to your elected representative how you would vote every time a bill comes up on the House of Senate floor. A simple online poll for each vote, where you enter your address, that handy unique voter ID we already talked about, and how you’d like to see things shake out. Sure, lots of people wouldn’t bother, and plenty of people wouldn’t really understand the specifics, but what would be wrong with this serving as ONE data point that our Representatives and Senators could consider? Plus it would make assessing them far more insightful come re-election time.

5. Voting shouldn’t be mandatory, but it should be rewarded
While Australia has compulsory voting, I prefer the carrot to the stick. We should be rewarded for doing our civic duty, and nothing speaks to an American more than the bottom line.

I propose this reward come in the form of a tax break. It shouldn’t be something huge, but just enough incentive to get off the couch and participate. Maybe a $50 or $100 tax credit perhaps? And since everyone always complains about taxes, now they’d have a chance to do something about it by who they vote for, as well as just voting itself.

6. Ban exit polling
We are an impatient people, and our media organizations are fueled by an insatiable need to predict and declare winners with 2% of precincts reporting. What does this accomplish? Deterring afternoon and evening voters from bothering.

So, make them stop talking. Tell them it’s a matter of national security. At 11 p.m. Eastern, everyone can whip out their holographic touchscreens and start prognosticating and spinning, but in the meantime we just watch our regularly scheduled programming and deal with the suspense of it all.

7. All votes should be worth the same, regardless of where you live
Similar in theme to the first proposal, what state we live in shouldn’t matter for a national election, nor should our county or district come into play for a state-wide decision.

Whatever the total body of voters may be, every vote should be worth one point. Add up the points and you’ll see who wins. Your vote counts as much no matter whether you live in a state the leans blue, red or purple. Seems kind of obvious, and it would certainly increase voter turnout in states where the “winner-takes-all” verdict is seemingly predetermined.

"Matt exceeded our expectations with the level of thought and care put into the report and presentation. In the marketing and advertising world, presentation is as important as strategy and research. His final report leveraged big visuals, thoughtful headlines, and told us a story. We would absolutely recommend you work with Matt, without hesitation."